The yearly general assembly of the European - Coordinated Downscaling Experiments (EURO-CORDEX) took place from January 25 - 28 at GERICS. During four days about 100 international scientists gathered virtually in order to share science findings and jointly discuss how to organize their voluntary engagement in CORDEX.

EURO-CORDEX is the European branch of the international CORDEX initiative, a program that operates under the auspices of the WCRP the World Climate Research Program (WCRP). The purpose of CORDEX is to organize an internationally coordinated framework to produce improved regional climate change projections for all land regions world-wide. 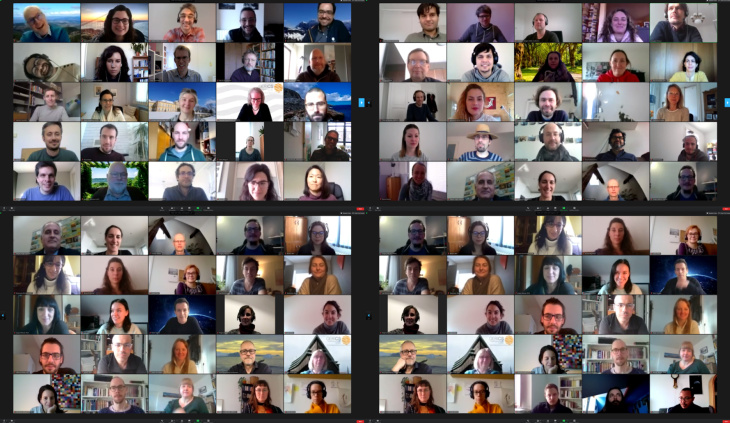 For the 11th time (and for the first time in the virtual meeting format), the EURO-CORDEX community met to further intensify research in EURO-CORDEX pillars (“Dynamical Downscaling”, “Climate Information Distillation” and “Empirical Statistical Downscaling”) and to discuss results and further plans for common scientific activities. The most intensively discussed topics were the Involvement of EURO-CORDEX in new WCRP activities like lighthouse activities and homes as well as the EURO-CORDEX simulation protocol for downscaling CMIP6 GCMs and the selection of CMIP6 GCMs for the simulation GCM-RCM simulation matrix.

The community took decisions on future collaboration in the coming months to further intensive collaboration. This includes regular internal workshops on specific topics to bring forward especially the downscaling of CMIP6 GCMs and to take into account requirements of science and practice in the EURO-CORDEX simulation protocol for CMIP6.