The yearly general assembly of the European - Coordinated Downscaling Experiments (EURO-CORDEX) took place from January 28 - 30 at GERICS. During two and a half days over 50 international scientists gathered, to jointly discuss how to organize their voluntary engagement in CORDEX. 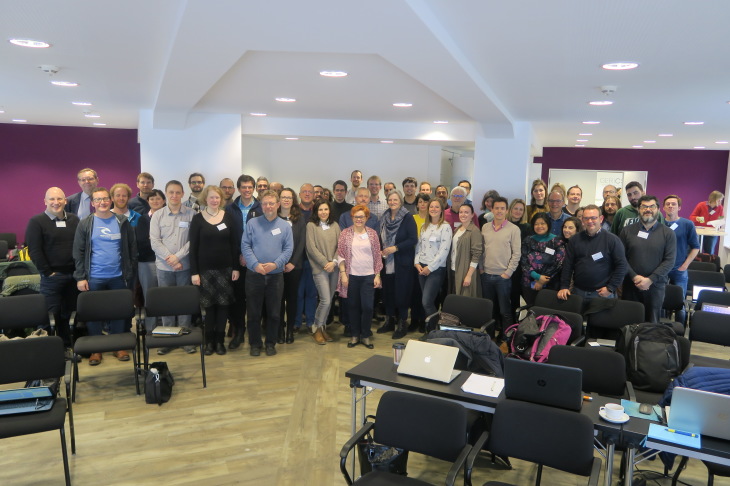 For the 9th time, the EURO-CORDEX community met at GERICS in Hamburg to further intensify research in the focus areas identified at the last general assembly and to discuss with partners results and further plans for common scientific activities. During the conference, actual contributions and results were presented and discussed in oral and poster sessions. In the context of the WCRP grand challenges and the contribution to the upcoming IPCC AR6 report, EURO-CORDEX focus topics were further sharpened (Urban Issues, Emergent Constraints, Added Value, Thermodynamics, Land-Atmosphere-Interactions and Feedbacks, and Impacts). In addition, the community planned a coordinated protocol of the upcoming CMIP6-based RCM simulations.

Within breakout-out groups the community discussed further steps on how to proceed with the common activities on these topics. This includes procedures on how to share methods and data, design coordinated experiments, as well as the organization of upcoming joint publications.